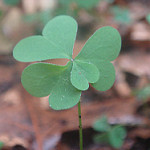 St. Patrick’s Day is upon us, which of course, in the US (and maybe Ireland) that means copious amounts of green beer! Well, there’s more to this day than just a chug fest-the day celebrates the man who converted Ireland to a Christian nation.

‘St. Patrick was actually born in Britain, not Ireland, around 390 A.D. to a Christian family.  By most accounts, Christianity was not of much importance to him while he was growing up.  As a teenager, he was kidnapped and taken to Ireland to work as a slave. According to folklore, after about seven years, a voice came to St. Patrick in a dream which told him to escape. He did so and found his way back to Britain on a pirate ship.

The same voice visited him again in a dream and urged him to return to Ireland. By this time he was deeply religious and decided to become an ordained priest. He returned to Ireland where he spent the rest of his life trying to convert the pagan Irish to Christianity.

Mythology surrounding the story of St. Patrick says that he banished all the snakes from Ireland.  However, it’s unlikely that there have ever been snakes in Ireland since the frigid water surrounding it would make it impossible for the cold-blooded creatures to get there. It’s likely that there is a more figurative explanation to this bit of lore.

St. Patrick drove the antiquated, pagan customs out of Ireland and ushered in a new age of Christianity.  It is said that St. Patrick used the three leaves of a shamrock to explain the Christian Holy trinity of the Father, the Son, and the Holy Spirit, providing us with the popular symbolism that we continue to use today.’ (source: healingcrystals.com)

That same lighthearted feeling that St. Patrick gave to the Irish, the feeling of joy and positivity, is still celebrated today. You can also celebrate this clearing out of old ideas with a blend of essential oils that will make you feel light, stress-free, and relaxed! You will need:

Add the listed ingredients above to the spray bottle and spray in the air, on your furniture, sheets, or wherever you want to feel a burst of energy. You can replace the water with 2 oz of Sweet Almond or Jojoba oil to apply to the body. Enjoy St. Patrick’s Day! Be responsible, and come in for your massage to help recover from a long pub crawl!